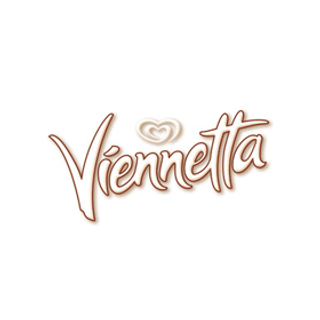 The unmistakable crack of Wall’s Viennetta is more than enough to make mouths water.

Viennetta is a dessert ice cream, made up of soft ice cream and crisp layers of chocolate.

Wave after wave of soft ice cream flowing over layer upon layer of chocolate deliciousness – is it any wonder that Viennetta ice cream is such a firm family favourite?

An icon of family desserts, Viennetta’s waves of soft ice cream and cracking chocolate flavour layers have been enjoyed by families in the UK & Ireland for more than a quarter of a century.

The idea of creating a gateau made of ice cream and alternated chocolate flavour layers was developed in 1981 by Kevin Hillman, a product development manager at Wall’s Ice Cream. Registered as a unique design, Viennetta was launched as a Christmas speciality in 1982.

The 1990s focused on new flavours such as Mint, Strawberry, Cappuccino and Praline. It was also the decade when Viennetta was given thicker and wider chocolate flavour layers – 25% more, in fact. There was also a glittering promotion launched in 1993 – 10 sets of diamond necklaces and 100 sets of diamond earrings, each worth £5000, were up for grabs.

In 2004 Viennetta launched the Selections range. This included fruits of the forest, chocolate brownie and double crisp. To celebrate its 21st birthday, the traditional ice cream wave was increased in size. In order to celebrate the 25th birthday of Viennetta dessert in 2007 , Walls beat the world’s record of the longest ice cream, making a 22.7 metre-long Viennetta.

In order to celebrate the 25th birthday of Viennetta dessert in 2007 , Walls beat the world’s record of the longest ice cream, making a 22.7 metre-long Viennetta.

If you have any questions or comments about Viennetta, please visit our contact page.