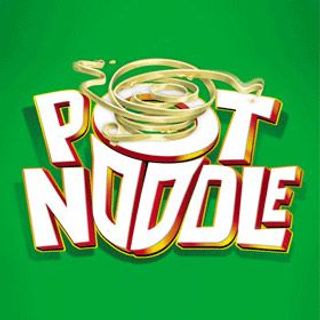 Pot Noodle is Unilever’s original instant hot snack and is seen by its fans as the king of easy, quick, no-faff food. Pot Noodle was launched in 1977 by the British food company, Golden Wonder when convenience was the future and noodles were exotic! The original idea of ‘cup noodles’ came from Japan. Pot Noodle products are sold by Unilever in the UK & Ireland.

Pot Noodle was launched way back in 1977 by Golden Wonder when convenience was the future and noodles were exotic! The original idea of ‘cup noodles’ came from Japan but it has since captured the hearts and stomachs of our nation’s youth. Since the 70s, the home of Pot Noodle is in Crumlin, South Wales where we produce millions of pots each year.

There have been a host of exciting Pot Noodle flavours since the 70s from our classic Chicken & Mushroom, to incredibly hot Bombay Bad Boy and more recently introduced flavours: home comfort Sausage Casserole and a creamy Mac & Cheese.

We have made a number of improvements to Pot Noodle over the last few years and as a result we have considerably reduced the salt content across the range as part of Unilever’s continuing salt reduction programme. And, contrary to popular belief, there are no artificial colours or preservatives in a Pot Noodle with all flavours being 100% suitable for vegetarians.

Pot Noodle has always been well-known for their award winning and highly amusing advertising. Advertising awards have included Cannes Gold award in Digital Media for 'Hysterical Girlfriend' in 2004, Gramia Award for the 'Seedy Sanchez' campaign in 2005, Silver at the British Television Advertising Awards in 2007 and Campaign Magazines Top Ten best ads 2011 for Pot Noodle ‘WAG’. In 2015, we continued this trend and launched our “Boxer” advert which follows a young man, who with the help of Pot Noodle, achieved his dream of being a score bearer.

The launch of the 2015 advertisement was aligned with the brand’s new positioning, entitled – “You Can Make It”. The new position was launched to reflect the growing ambition of 16-24 year old consumers who are driven to succeed in life. Pot Noodle wants to encourage these consumers to continuously succeed and to turn their dreams into reality.

If you have any questions or comments about Pot Noodle, please visit our contact page.