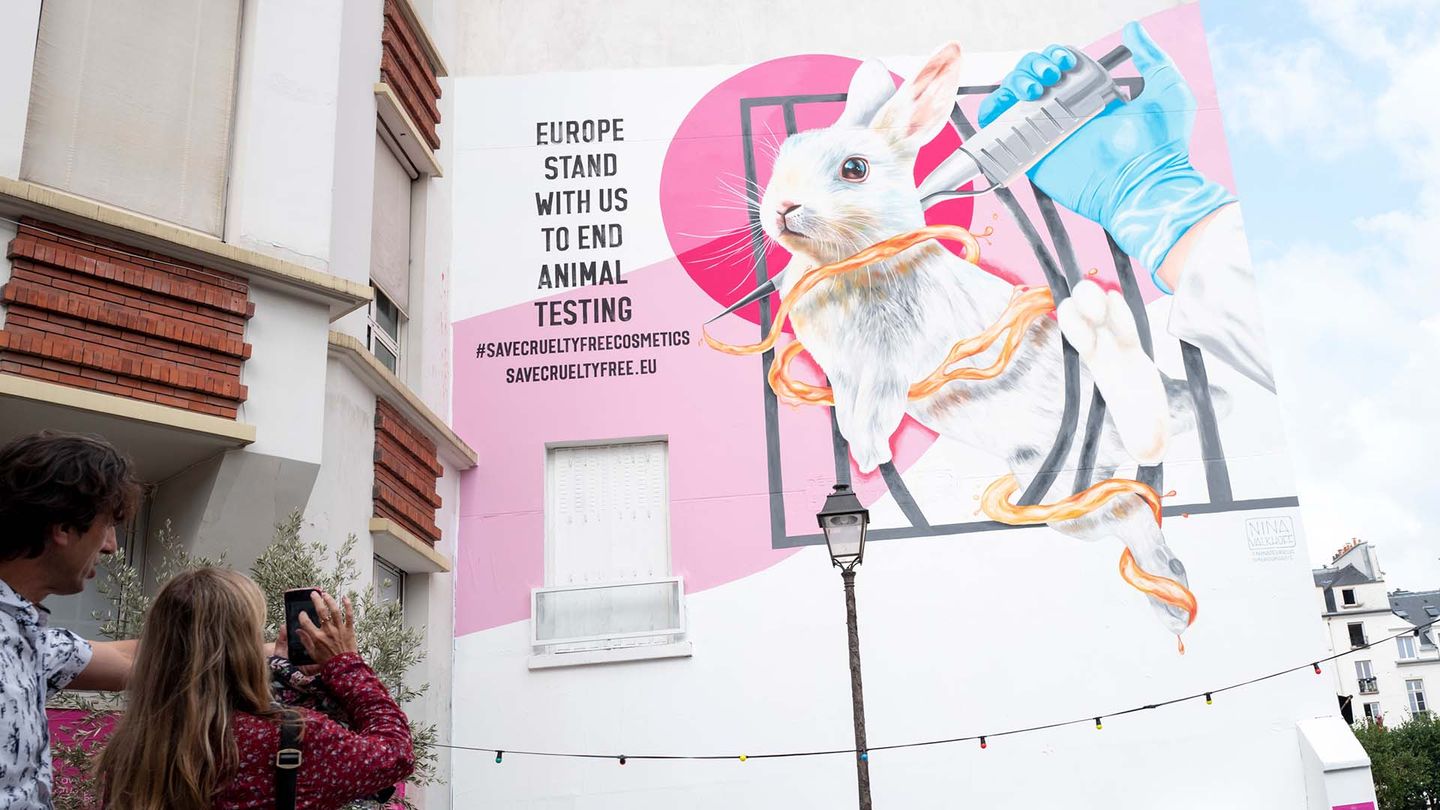 Supporting a future global ban on animal testing for cosmetics

We say use science, not animals, to ensure consumer products and their ingredients are safe. Read more on our commitments, our work and the challenges.

Four years ago, on 3 May 2018, the European Parliament called for a global ban on animal testing for cosmetics – a call we wholeheartedly support and one of the principles central to our Positive Beauty vision and strategy.

In September 2021, Members of the European Parliament went even further with a landmark vote showing their overwhelming support for a resolution to begin phasing out animal experiments. This would mean the end of animal testing in the EU for good.

Unfortunately, progress is now not just stalling, it’s also starting to take a backwards slide. Despite the European Parliament’s consistent leadership on this issue, separate regulations for cosmetics and chemicals in Europe are contradicting each other. The former bans animal testing, while the latter requires animal testing in many circumstances.

At the very centre of the issue is the EU chemicals legislation that determines how the safety of chemicals for people and the environment are assessed.

Why do we back a global ban on animal testing for cosmetics?

At Unilever, we don’t test on animals and we have been developing and using alternatives to animal testing to assure the safety of the products we make, and their ingredients, for more than 40 years. The next-generation, non-animal safety assessments that now exist provide significant benefits over animal-based approaches, some of which date from the first half of the last century.

Modern science enables us to predict how an ingredient, or a combination of ingredients, will interact with human biology in ways that tests on rabbits or rats simply can’t. Find out more in this short film about our next-generation risk assessments.

This leading-edge science also gives us ways to predict the impact a chemical could have when it makes its way into the environment, so we can stay well below harmful levels and help keep our planet, and the organisms living in it, safe without testing on animals.

To drive real change that leads to a global ban and an end to animal testing, our work goes further than the innovation of non-animal, next-generation risk assessments (NGRAs). We share our non-animal safety science openly on our website dedicated to this topic, and at scientific conferences and workshops, offering scientists around the world the opportunity to explore the approaches we are pioneering.

We focus on training others in how to use our approaches, and helping to make the science widely available. And we’ve championed its acceptance by policymakers and governments so they no longer require animal testing.

Building on all of our existing safety science, in October 2018, we announced that Unilever would join Humane Society International’s (HSI) global #BeCrueltyFree initiative, which leads legislative reform in key beauty markets to prohibit animal testing of cosmetics. As part of this, we united with HSI to launch a multi-year, open collaboration to develop capability across companies and regulatory authorities so safety decisions for cosmetics are based on non-animal approaches; and to build capability for the long term by investing in training future safety scientists in non-animal risk assessments. At the same time, Dove became the first Unilever brand to be certified by People for the Ethical Treatment of Animals (PETA). 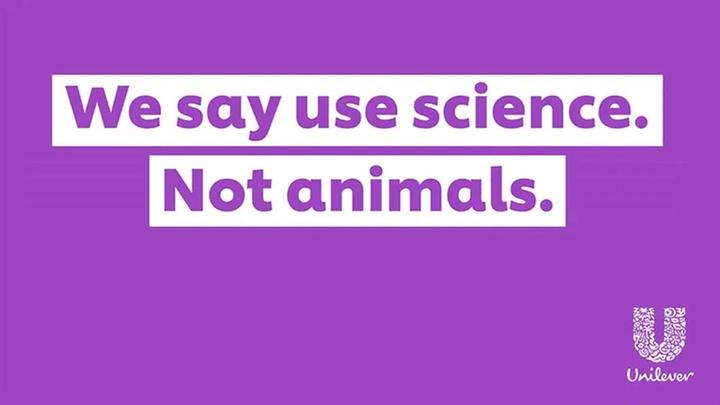 Why we use science, not animals

View a presentation from Dr Julia Fentem, Head of our Safety and Environmental Assurance Centre

It’s this model – an integrated framework of the non-animal safety science we share, more of our brands moving towards cruelty-free status, strong partnerships with NGOs, trade bodies, other companies and more, as well as advocacy among our stakeholders and withregulators – that is helping to bring about change on a global scale. It’s also why Unilever is one of just a handful of businesses recognised by PETA as a company working for regulatory change.

What’s standing in the way of a global ban?

But there’s a problem. While the EU Cosmetics Regulation forbids animal testing, the EU regulation which governs chemicals, known as REACH (Registration, Evaluation, Authorisation and Restriction of Chemicals), still requires animal testing under many circumstances. This means there is a mismatch between the two regulations and so, while animal testing for cosmetics is banned in the EU, animal testing continues to take place under REACH.

And the problem is getting worse. The European Chemicals Agency (ECHA) is calling for new animal tests for ingredients with a long history of safe use, even for those solely used in cosmetics. This move is now destroying the EU’s 2013 ban on animal testing for cosmetics.

What are we doing about it?

On this four-year anniversary of the European Parliament supporting a global ban on animal testing for cosmetics, we’re sharing the progress we’ve made through our commitment to champion its implementation, the challenges posed by the EU chemicals regulations, and what we’re doing about them.

Find more detail by expanding the section at the bottom of this page.

In August 2021, Unilever’s leading experts in safety science published a paper setting out the shift that’s needed. It calls for transformational change in the way that chemical safety is assessed for regulatory purposes – to close the gap between the EU Cosmetics Regulation and REACH, by creating a future-fit regulatory framework that embraces the benefits of modern, highly innovative, non-animal safety science. Read the paper, published in the Alternatives to Laboratory Animals journal, in full here.

Until policymakers accept the leading-edge application of new approach methodologies (tests that don’t use animals), we’ll continue to advocate strongly for the regulatory changes needed to uphold the EU’s legal requirement that non-animal approaches are used if available. And on behalf of consumers, Unilever and our 31 PETA-approved brands will continue to speak out.

How you can take action

You can help too. If you’re an EU citizen, you can sign the European Citizen’s Initiative calling on the European Commission to protect its ban on animal testing for cosmetics and transform the EU chemicals regulation so there are no more loopholes. 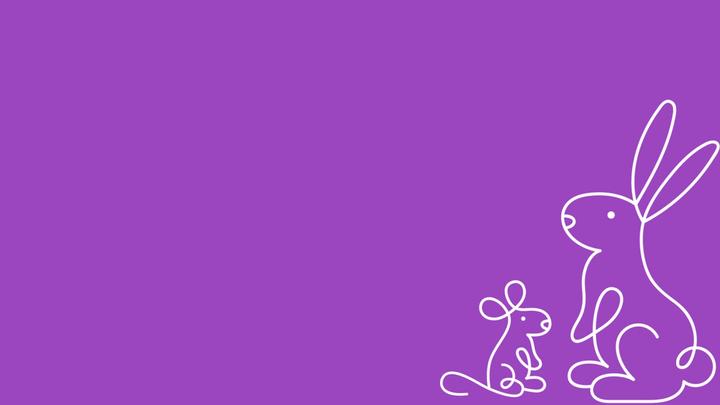 The Initiative, which allows people within the EU to influence the European Commission, has already reached over half a million signatures. Please sign to help save cruelty-free cosmetics and make your voice heard.

Our progress so far