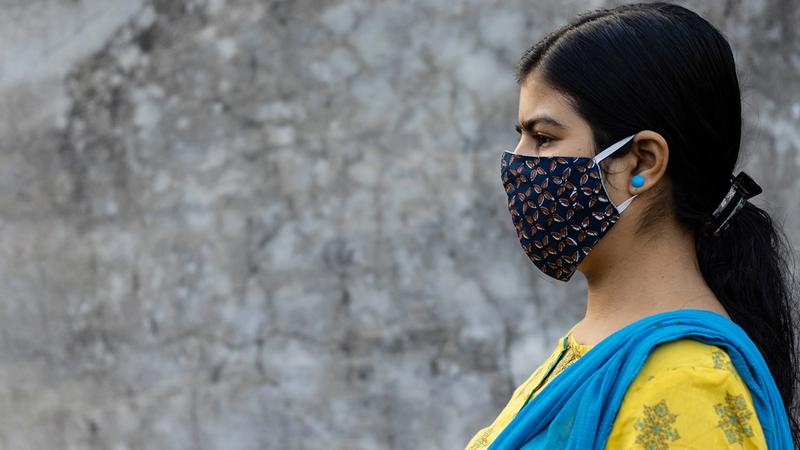 Lifebuoy’s latest public service announcement reminds us all that while we wait for the vaccine roll-out to take effect, handwashing and mask-wearing are still our best allies in the fight against the spread of Covid-19.

The massive geographic variations in how the pandemic has hit different countries has been a defining feature of the Covid-19 crisis throughout the past 18 months, with waves of infections rising and falling at different times in different parts of the globe. It is certain that the vaccine roll-out, and our gradual unlocking back to normal life, will be equally uneven.

However, there is one constant: WHO and health experts universally agree that the pathway out of the pandemic will depend on vaccinations going hand in hand with maintaining effective hygiene habits as well as other preventative measures.

A plea from the frontlines

Lifebuoy’s new ‘It’s in Your Hands’ public health announcement echoes this sentiment. Reflecting the brand’s initial appeal, which featured in several countries in Asia, Africa and the Middle East last year, the latest campaign emphasises the vital importance of maintaining hygiene precautions such as handwashing with soap (any soap not just Lifebuoy), social distancing and mask-wearing, as well as highlighting the importance of accepting vaccinations when offered.

“The arrival of vaccines is good news and a vitally important step towards getting our lives back to normal, but we can’t let our guard down yet, no matter how tired we are of following the rules to stay safe,” says Kartik Chandrasekhar, Global Brand Vice President of Lifebuoy. “As a brand, we’ve stepped up our efforts, especially in countries undergoing a vicious second wave. We recently issued our biggest global appeal yet which reminds everyone to adopt and practice the critical behaviours needed to get us through the pandemic.”

Launched in 20 countries and in over 30 languages, Lifebuoy’s latest public service announcement has already reached over 60% of all households1 across its largest markets, including India, Indonesia and Pakistan, with its powerful message. The appeal reflects the experience of doctors, nurses and social workers who are all on the frontline.

To ensure the message reaches as many people as possible, the brand has also enlisted the support of Unilever’s leadership across countries which have been badly affected by second waves including South Africa, India, Bangladesh and Malaysia. Joining them in supporting Lifebuoy’s appeal are more than 50 influencers and celebrities including Kajol Devgn, national award-winning actress and Lifebuoy ambassador, and popular sports icons such as Shakib Al Hasan, Bangladesh’s greatest cricketer, and Ravi Shastri, head coach of India’s National Cricket Team.

It is hoped that this direct appeal will help counter the growing fatigue that has seen essential habits such as handwashing with soap and mask-wearing decline as the pandemic progresses.

A multi-country study undertaken by Lifebuoy at the end of 2020 indicated a gap between being hygiene aware and being hygiene compliant. It found 80% were aware of hand hygiene, but 30% still said they forgot to wash their hands.

The new health appeal aims to counter this trend by focusing on the impact non-compliance could have.

“Our experience of influencing positive hygiene behaviour goes beyond providing soap and hand hygiene,” says Kartik. “Having recently been recognised in Kantar’s 2021 Brand Footprint report as the third most chosen FMCG brand globally, we have a real opportunity to change people’s behaviour for the good of themselves and their families, as well as the wider community. More than ever, the speed at which we unlock from the pandemic will depend on individual actions. It really is in all our hands.”

1 Based on data collected by Mindshare and PHD media