How we’re reducing food waste, from product to plate

Every year a third of all food produced in the world – around 1.3 billion tonnes – is wasted. Here are some of the ways we’re working to reduce waste in our operations

Food is one of our basic requirements for life. It takes centre stage in family rituals and celebrations and is the star of many of the world’s most popular Instagram feeds. Yet every year one-third of the total amount the world produces – around 1.3 billion tonnes - is wasted.

That, says the United Nations Food and Agriculture Organization (FAO), is not just a misuse of the world’s natural resources, it’s also a huge part of our carbon footprint – 8% of global emissions to be precise.

According to Project Drawdown, which champions the 100 most impactful solutions to reduce global warming, reducing food waste is No.3 on the hit list. “If 50% of food waste is reduced by 2050, avoided emissions could be equal to 26.2 gigatons of carbon dioxide,” the Project says.

Achieving the ambition of cutting food waste depends on action across all parts of the food supply chain: reducing emissions from agriculture, revisiting purchase patterns and redistributing food before it is wasted.

This is a global challenge that our Foods and Refreshment team are putting front and centre. Closer to home in our UK and Ireland business, our best-known brands have been serving communities for years, such as Hellman’s, Colman’s Knorr, Marmite, Pot Noodle PG Tips, Wall’s ice creams, Magnum and Ben and Jerry’s. In fact, our products can be found in nine out of 10 homes in the UK and Ireland.

We’ve been working hard to reduce food waste as much as possible throughout our operations and we’ve made some great progress. Last year across our UK factories our food waste equated to just 1.7% of the total food we produced.

While our aim is to have no waste throughout our global operations, some food waste is an inevitable part of our operations, often for safety reasons. For example, when we change the flavour run on one of our ice cream machines, washing the line down first is a clear safety and hygiene necessity, and the run-off from this will count as waste.

Some of the loss from our production line we are able to save and repurpose so that it doesn’t become food waste.

In some of our sites, waste is captured and used to generate biogas, which provides power to run the factory or which is fed into the National Grid.

At our Burton factory, where Marmite is made, biogas provided about half of the power needed to run the factory in 2018.

Last year more than 100 tonnes of food that couldn’t go to shops to be sold for reasons such as damaged packaging, was redistributed to Community Shop or to other partners, including Fareshare, a charity who redistributes surplus food to charities who turn it into meals. And more than 10,000 tonnes of food from across our UK factories was sent to feed animals in 2018.

All around the world our teams are working to reduce food waste throughout their operations, here are some examples of what our colleagues in other countries are doing:

The American based vegan mayonnaise made from unwanted bean water 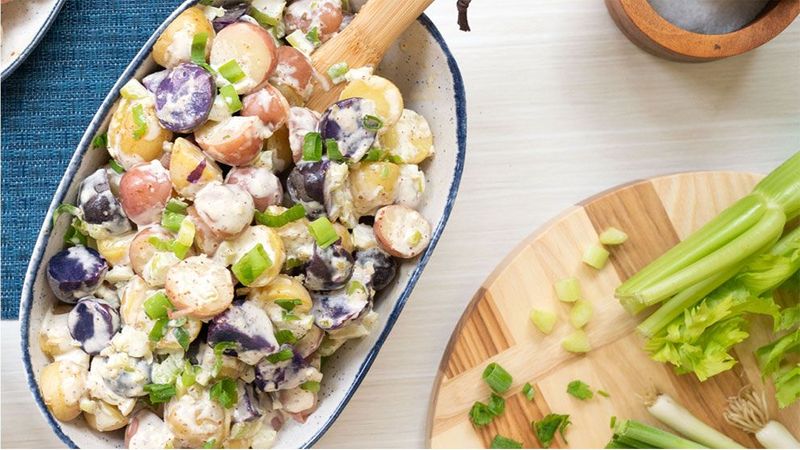 Once, the leftover liquid from an open can of chickpeas was simply wasted. Not any more. The gloopy liquid called ‘aquafaba’ is the ‘secret sauce’ in New York-based condiment firm, Sir Kensington’s, vegan mayonnaise. The liquid can be whipped into white peaks in the same way as egg whites.

This has made it a hit with the vegan community as an egg substitute and has also seen it put to use to provide the great texture of Sir Kensington’s vegan alternative to mayonnaise, Fabanaise. Thanks to the company’s initial partnership with food firm Ithaca Hummus, tens of thousands of pounds of aquafaba has been saved from the drain and it is now a key ingredient in this loved product. 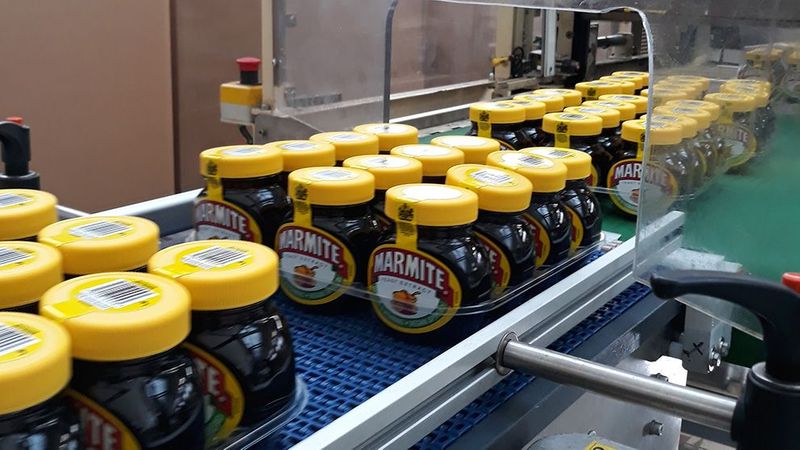 Marmite is a brown pungent yeast spread that is loved and hated by consumers in equal measure. Produced in the brewing town of Burton upon Trent in the UK, its recipe has remained unchanged for more than 100 years.

Alongside the salt, vegetable juice concentrates, vitamins and natural celery flavouring, 90% of a local brewing company’s waste yeast is used as an ingredient in the spread. And it doesn’t end there. By-products from Marmite’s own production are put to good use too. Part of the yeast by-product is used for animal feed; other waste is sent for anaerobic digestion which generates biogas, used to power the factory. 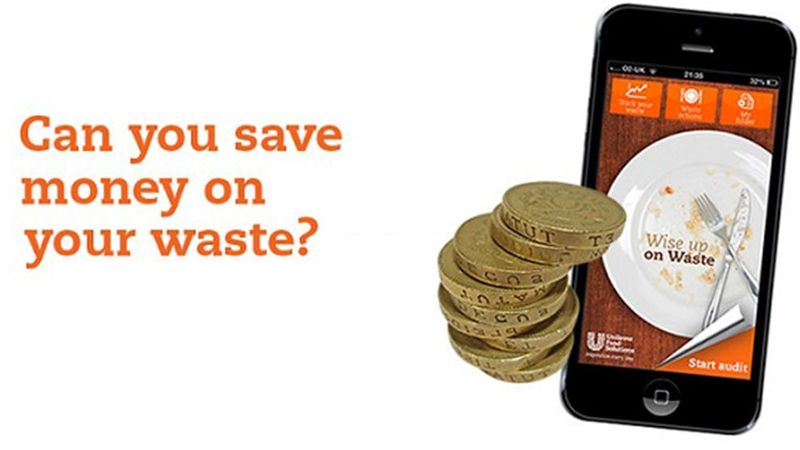 Each time a guest eats at a restaurant, they create 0.5 kilos of waste – 30% comes from what’s left on their plate and 70% is produced in the kitchen. As well as the economic cost, every tonne of food wasted costs a business £1,800 (€1,950) and there’s a significant social and environmental impact.

To help professional kitchens reduce the amount of food wasted, Unilever Food Solutions (UFS) created the Wise Up on Waste app. It identifies what part of food prep and which meals generate the most wastage and offers creative uses for leftovers. More than 160 companies have registered to use it. It’s been downloaded 6,000 times and recognised by the Guardian newspaper as a top ten sustainability app.

The ANZ Food Collective that redirects unwanted meals to charities 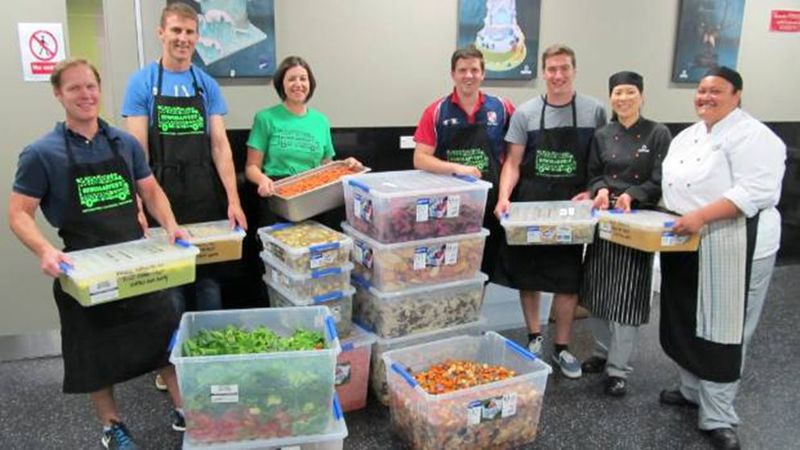 The Waste and Reduction Action Programme (WRAP) estimates that one in every six out of home meals is thrown away. In a bid to rescue food within the Australian and New Zealand hospitality industry, Unilever Food Solutions (UFS) has teamed up with three charities, OzHarvest, KiwiHarvest and Kaibosh, to create The Food Collective, which rescues unwanted restaurant food and ingredients and distributes them to people in need.

To date, 110,000 meals have been redirected by these charities, saving people from going hungry and ensuring food goes to nourish people rather than heading to landfill. What’s more, for every case of UFS products purchased, 0.5 cent is donated to the charities, 0.5 cent equating to one meal for people in need.

The Greek hotels engaging staff and guests to cut waste 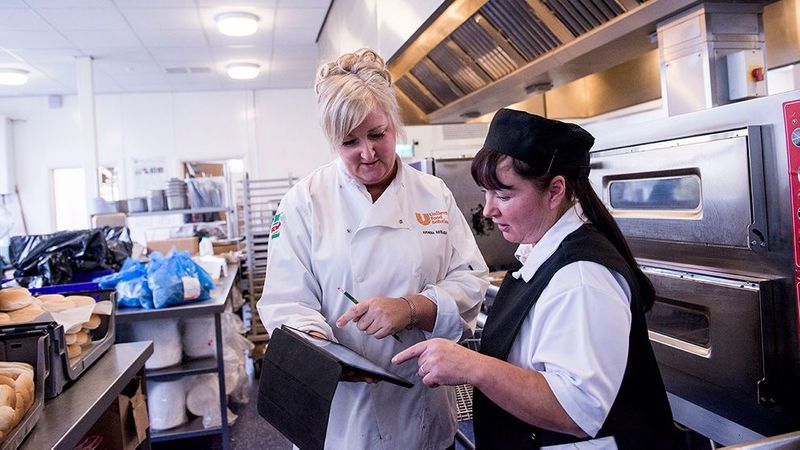 Piled high plates of fruit, cheeses, meats and breads all add to the luxury of a hotel buffet. Yet research reveals just over 50% is consumed. It’s this wastage that Unilever Food Solutions/WWF and three Greek hotels are working to change. The Grecotel Cape Sounio, Aquila Rithymna Beach, and Athens Marriott Hotel are currently taking part in a three-month pilot programme called WWF Hotel Kitchen: Here we value food.

It includes the implementation of food waste measures in the kitchen as well as informing staff and guests about their role in the responsible consumption of food. When the programme was first implemented in the US, food waste was reduced by 17%. The three Greek hotels hope for similar results. 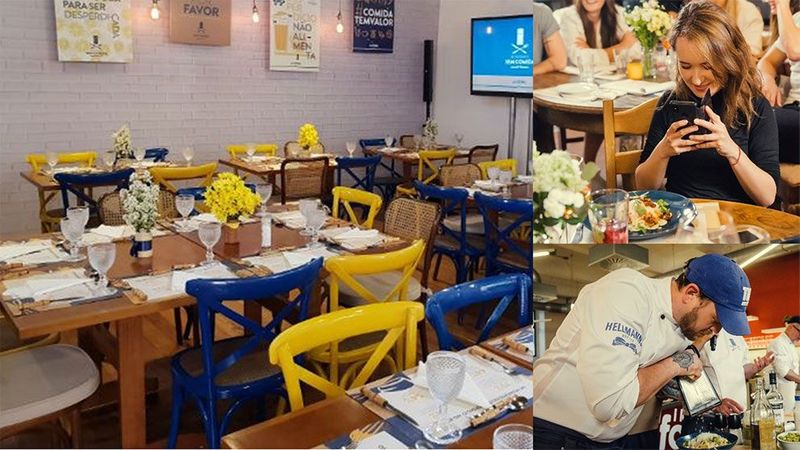 We can all relate to that moment when you look in the fridge and think there is nothing to eat. It’s called ‘fridge blindness’ and contributes to the 40% of food waste that happens at the household level. To tackle this issue, Hellmann’s launched the Bring Your Own Food restaurant in São Paulo and Prague to inspire people to turn leftover ingredients into delicious meals. Celebrity chefs turned these ingredients into five-star meals using Hellmann’s.

Instead of a bill, diners received a recipe of the ingredients used. Every dish became a recipe video and proved that Hellmann’s can make a delicious meal out of seemingly uninspiring ingredients and that food is too good to be wasted.

The brand that fed a stadium with rescued food 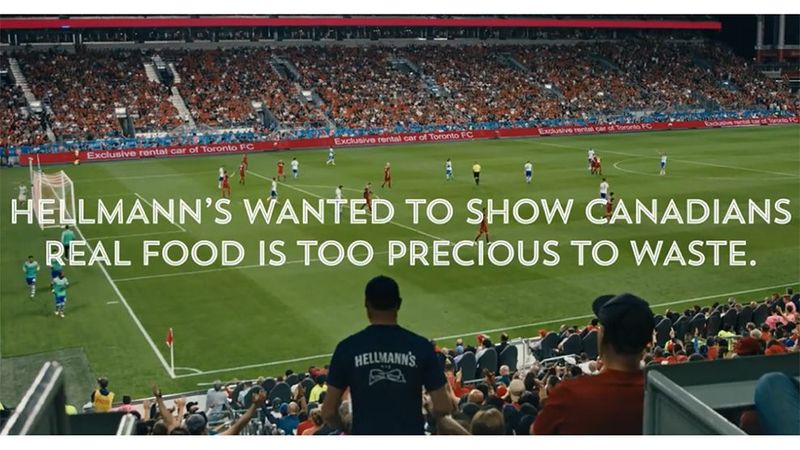 Every minute, enough food is wasted in Canada to feed a stadium. So Hellmann’s rescued food from local suppliers and turned it into delicious meals that were fed to an entire stadium free of charge. In a big screen reveal, the audience was made aware that the food they enjoyed was rescued.

They then learnt that Hellmann’s is partnering with MLSE (Maple Leaf Sports & Entertainment) and will collect the leftover food from stadium events and redistribute it to those in need, pledging to donate 50,000 meals. The video highlights the huge problem and provides a call to action to visit the brand’s site where consumers can get more information and ideas on how to reduce their own waste.