For the fifth year running, over 50 employees from Unilever UK took on the challenge of a 180-mile charity cycle in memory of their colleague and friend, Mel Jaggard. 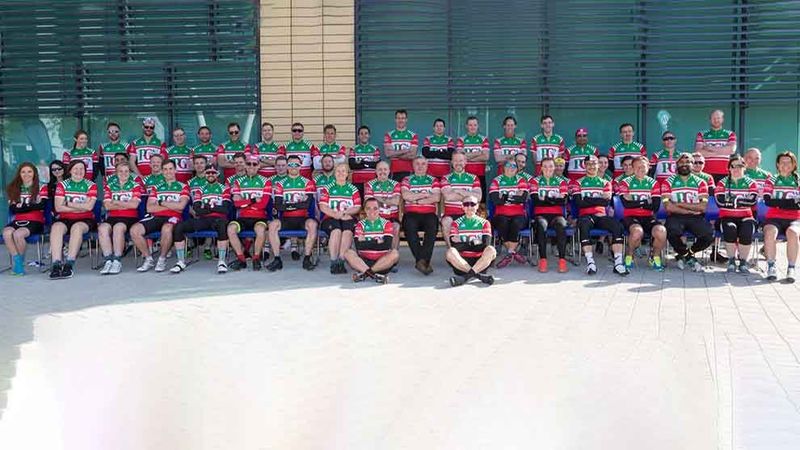 The Miles4Mel fundraiser was created in memory of Mel, who sadly passed away in 2013 from Adenoid Cystic Carcinoma (ACC), a rare form of head and neck cancer. For the past five years, employees at the Leatherhead office have taken part in a variety of fundraising activities to raise awareness of Get A-Head, a charity trust dedicated to fighting head and neck diseases.

This year, the two-day fundraiser saw yet another ambitious cycle from the Unilever Leatherhead office to Mel’s hometown in Gilwern, South Wales. A variety of fundraising activities including a raffle, cake sale and quiz were also held in the Leatherhead office in the lead up to the cycle to help the team reach their £30,000 target for 2018.

Simon Fisher, Customer Director at Unilever UK and member of the organising committee said: “After five years of the Miles 4 Mel cycle ride, we are proud to have raised over £300,000 for the Get A-Head charity. Every year, our team of cyclists engage in a variety of fundraising activities to celebrate and commemorate the life of our great friend Mel. This year is no exception, with our team organising a quiz night, bake sales and a static cycle for colleagues in our Leatherhead office.”

This year, the Miles4Mel team have reached their £30,000 fundraising target, which brings their total fundraising amount, over the past five years, to over £300,000.

Mel was also an active fundraiser for the Get A-Head charity and helped to raise tens of thousands of pounds to fund research into this rare cancer.

If you would like to sponsor the team, please visit the Just Giving page for Miles4Mel