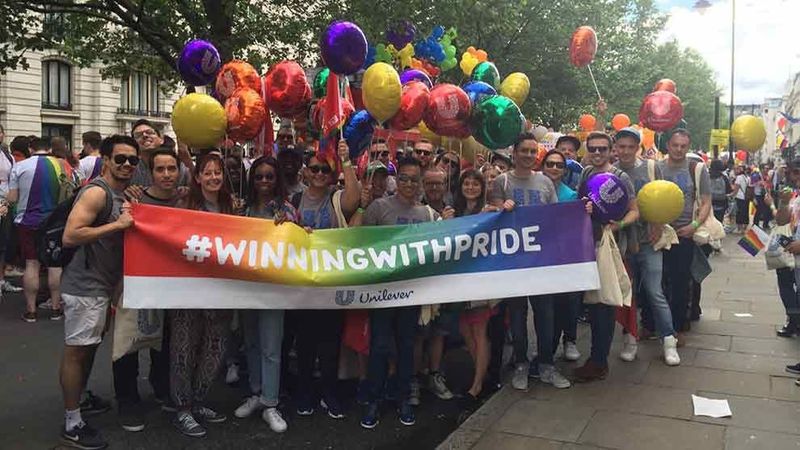 Unilever supported and participated in the London Pride parade on Saturday 25 June. A team of employees proudly held a banner with the words #winningwithpride and distributed goodie bags to onlookers.

The procession is the culmination of a fortnight-long festival of performances and events celebrating acceptance and diversity. This year’s theme, #nofilter, aimed to encourage people to live life as themselves and to share their inspiring stories.

Gina Boswell, General Manager UK & Ireland said: “The theme of this year’s procession really echoes our own belief as a company that it is vital to create an environment in which everyone feels they can be their whole selves at work. Only then will we truly realise our full potential and be the best we can be, as individuals and as a company. Recent global events are a reminder that as a society we must keep striving to ensure we embrace all aspects of diversity, whether it be gender, sexual orientation, ethnicity, and disability.”

Pride in London is one of the largest pride parades in the world. It attracts an estimated one million people, with more than 300 groups, including charities, industry, religious groups and the armed forces, represented in the march.