The start-up putting the karma back into digital advertising

Good-Loop wants to save digital advertising by ensuring that brands, viewers and the third sector all benefit from shared exchanges. Here’s founder Amy Williams’ story of how she built a business with impact. 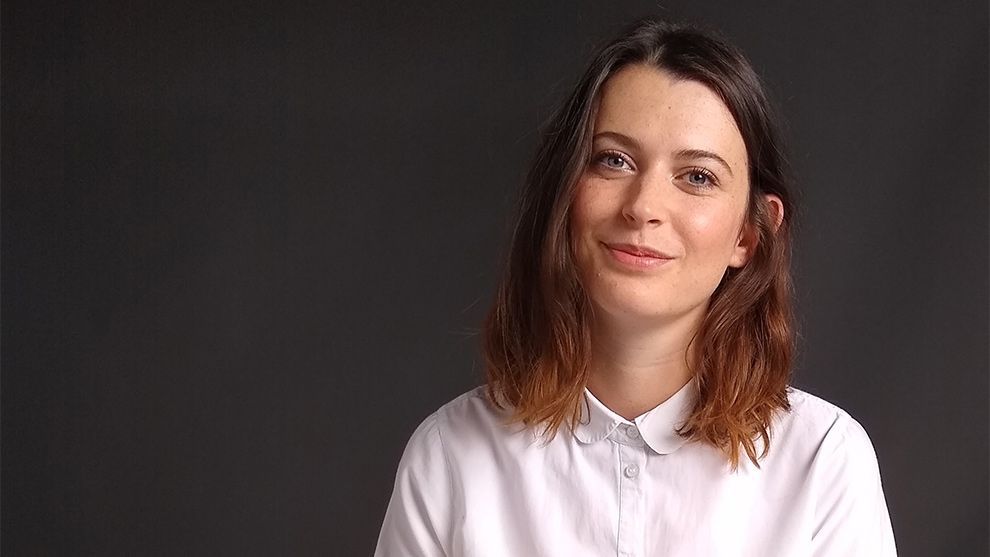 Amy Williams runs an advertising platform with a difference. All ads are opt-in and if you watch one, part of the revenue goes to a charity of your choice.

I started my career in an ad agency working with brands and communications in the laundry sector. I had a mentor who said you should find the bit of your job that you would happily do for free and focus on building your career on that. I loved working with clients who were baking purpose into their brands. I wanted to build a business that could make an impact.

In the advertising industry only 10% of a budget is spent creating an ad; 90% is spent on distributing it. That 90% is mired in negativity. And it’s not hard to work out why. Have you ever had to sit through a 30-second non-skippable video ad? Have you ever had to search exasperatedly for the ‘X’ button to close an annoying pop-up?

Today 600 million devices have ad blockers. That’s the biggest boycott in human history. In the arms race for the best, loudest and most attention-grabbing online advertising solutions, we’ve forgotten about the people on the other side of the media ‘impression’.

To give myself time to shape my idea I took some time out. I travelled for nine months. I volunteered in a soup kitchen in Argentina that had been built from scratch to serve a community in need. The experience solidified my drive to build something that could create sustainable change, something I’d be proud of.

I knew I wanted to do something to solve the issues around online media to drive results and change it into a more positive space. My idea was to create a space where a value exchange could be made between the person watching the ad and the advertiser. In exchange for some of the person’s time, attention or data, 50% of the ad revenue would go to one of a set of listed charities that aligned with the brand’s values.

I brainstormed the company name with my flatmates. We talked about karma and creating something where every party benefited, like a virtuous circle, hence the name – Good-Loop. The first attempt at my logo was made in my bedroom. I wanted it to hint at yin and yang, to show that ads don’t just have to be a bad or good thing.

The first year of the business was about going out and making connections, buying people coffee and asking them to listen and critique my idea and writing and rewriting my business strategy on the back of it.

Our initial idea to build a destination where people would come to engage with ads was blown out the water when one investor simply said: that won’t happen, people won’t go there.

That feedback was hard to hear but it helped me to reshape our offering into a programmatic ad platform which distributes our ethical ads to where people are online, rather than expecting them to come to us.

Now we run ads on premium websites, apps and platforms all over the world, so our customers have the opportunity to show their ad to the right customer, at the right moment, in the right context.

Finding our first customers was tough. I had to learn how to be assertive and confident. Sometimes I’d overcompensate in a pitch, and I’d just carry on talking. Now when people ask what our revenue is, I state it but I don’t apologise or explain. I finish my answer and shut up.

People think, ‘ah, Corporate Social Responsibility, tech for good, that’s cute’, but proving to people that the business can be both purposeful and profitable is a challenge. We needed someone to take a punt. Fortunately for us, a street food brand called Kerb took that leap of faith and used Good-Loop to raise funds for a charity called the Magic Breakfast which helps fund breakfast clubs in schools. That helped us get our first set of results that gave proof that what we had to offer could work.

The team from global collaborative innovation platform, The Unilever Foundry, also heard us pitch and helped us engage with Knorr who became another of our early customers. In 2017 we ran Knorr ads which – when watched for 15 seconds – unlocked a donation that viewers could give to the Trussell Trust, People’s Kitchen or WaterAid. On the back of that work, we also worked with Persil on its ‘Dirt is Good’ Outdoor Classroom campaign, with Lynx (Axe) on ‘Ditch the label’ and with Love Beauty and Planet alongside charities that promote conservation work. 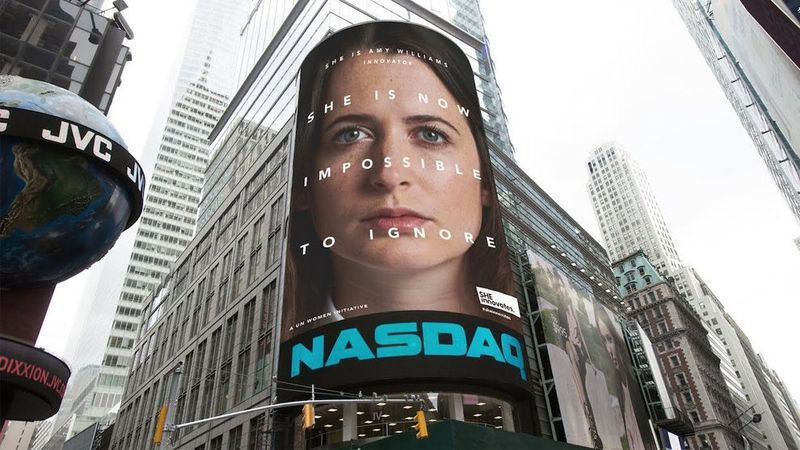 There have been times when I have been the only female or the youngest in the room. But I have been afforded a lot of opportunities because of my gender too. Amy Williams, Founder, Good-Loop

Today, Good-Loop is in a good place. We won the Next Big Thing award at AdTech London. We run ads on premium sites and blogs all over the internet, reaching thousands of people every day, and we work directly with some of the world’s largest global charities.

Our next steps are to look at how we can expand into other social platforms such as a programmatic video platform via Snapchat, which Unilever are helping to unlock for us. We also want to work on our feedback loop so we can qualify our impact and tell our clients and their customers how many people they have sheltered, how many meals they have paid for, through donations of their ad revenues to charities.

People ask me about being on the list of Forbes 30 under 30 business leaders or being a female founder, and there have been times when I have been the only female or the youngest in the room. But I have been afforded a lot of opportunities because of my gender too, such as being part of the UN’s #SheInnovates campaigns which are celebrating and empowering female tech changemakers, and I’m proud of that.

It feels like AdTech and Good-Loop’s moment is now. I think this is driven by a few things. First, millennials have grown up, and those once-students now have spending power worth $1 trillion.

Secondly, this generation is the first to understand that when they don’t pay for a product, they are the product. They are beginning to understand their part in how they decide who uses their data. If brands can work with people on that and do it respectfully and positively, it can offer net positives for everyone.